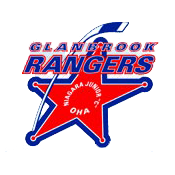 The Glanbrook Rangers’ David Ferritto had a big offensive game, scoring two goals and contributing two assists in his team’s 6-2 win over the Caledonia Corvairs.

After the loss made the series score 1-3 in the best of seven series, Caledonia faces elimination next time out.

Glanbrook stifled the Corvairs’ power play, and did not give up a single goal while down a man. Caledonia was unable to stop the Rangers from sending pucks towards the net, and Glanbrook eventually piled up 46 shots on goal.

Glanbrook also got points from Shawn Stringer, who also grabbed one goal and two assists and Ferritto, who also finished with two goals and two assists. Others who scored for Glanbrook included Curtis Edwards, who had one and Anthony Sanelli, who had two. More assists for Glanbrook came via Jake Hill, who had two and Alexander Cappelletti, Kevin Matthews, Nicholas Dozzi, and Dilon Ciprietti, who contributed one each.

The Corvairs’ penalty kill was spotless, allowing no goals on six Glanbrook power plays. Caledonia’s offense efficiently hummed along to the tune of 31 shots put on the Rangers’ net.

The Corvairs were helped by Jordan McCarl, who had one goal. McCarl scored 11:13 into the third period to make the score 5-2 Glanbrook. Caledonia got a goal from Stefan Scione as well. In addition, Caledonia received assists from Gregory Christmas, who had one.