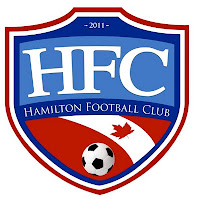 Ottawa has been the team to beat all season as the team sits atop the Central Division in the W-League. Ottawa, with a record of 8-1-0, was riding a six game winning streak into Satuday night’s match. Hamilton and Ottawa had faced each other once this season already, and Hamilton won that match 2-0.

The ladies of Hamilton FC Rage have been a rough stretch for the past few weeks and have been winless in their last three games. The team would stretch that winless streak to four games with a stop in Ottawa as Hamilton was shut out 3-0.

Ottawa was all over the field in the early part of the game and took a two goal early. Courtney Wetzel put in the first Fury goal in the 5th minute followed by a second goal in the 20th minute.

It looked as though Ottawa had added a third goal in the game late in the 75th minute but the shot by Katie Ryan was deemed offside. The Fury would eventually add a third marked in the final minutes.

HFC had a tough time getting the ball to the net in the match and only managed three shots on goal. The Fury had twelve shots, five in the first half and seven in the final 45 minutes.

Christina Thornton had two shots for Hamilton and Chiara Greco had one shot. Genevieve Richard had seven saves in the match. All of the starting eleven for Hamilton played for the full ninety minutes.

The loss was the second straight for the team after starting their season winning three of their first five games. HFC are now in fifth place with eleven points.

The ladies of Hamilton FC Rage are now in the home stretch of the season ready to play their final three games of the season, two of which will be played at home.

After a break, HFC will return home to Ron Joyce Stadium next Sunday July 8th at 1pm hosting the Quebec City Amiral at 1pm. The match will be the first of a Hamilton FC double header which will also see the men playing at 7pm.

About Jason Nason 2142 Articles
I'm the editor of Hamilton-Today.com and I love the city of Hamilton. From sports to entertainment, local events and the politics of the city, I will try to bring it here to you!