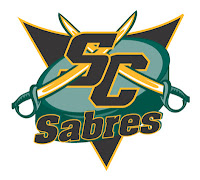 Christina Putigna racked up one point to lead Stoney Creek to a 2-1 victory over Durham West.

Stoney Creek managed to stay out of the box better than usual, tallying one minor for two minutes in penalty time.  Stoney Creek  finished below its season average of seven penalty minutes per game.

Rebecca Johnson also scored for  Stoney Creek . In addition,  Stoney Creek  received assists from Sydney McKibbon, who had two and Sarah Nurse and Sam Forchielli, who contributed one each.

Durham West managed to stay out of the box better than usual, registering one minor for two minutes in penalty time. Durham West wound up below its season average of seven penalty minutes per game.

Durham West was led by Kennedy Marchment, who scored the team’s only goal. Marchment scored 1:19 into the third period to make the score 1-1. Laura Horwood assisted on the tally.